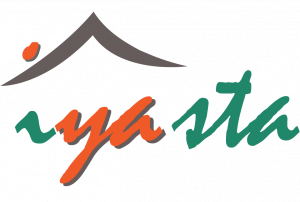 Return to Login
Your search results

With more than three thousand hours of sunlight per year, it is one of the warmest countries in Europe.

The climate of Spain varies across the country because its varied orography and its geographical location, thus we move from a warmer and drier climate in the South to a more humid and rainy one in the North. In the Canary Islands, we can enjoy a subtropical climate.

Is located in the northern part of the country, from the Pyrenees to Galicia. The rainfall is generally abundant, and is fairly evenly spread out over the year. That’s why the landscape is very green.  Temperatures are usually mild due to the proximity of the sea: in winter averages range from 12 °C to 15 °C and in summer they are around 20-25 °C.

It is found on most of the Mediterranean coast, some areas of the interior, Ceuta, Melilla and Baleares. The rains are irregular, and most of precipitation falls in the autumn and spring. Winters are short and mild while summers are long and hot. The annual average temperature is around 15 °C and 18 °C.

It is located the inland areas of the Iberian Peninsula, on the Central Plateau, Ebro Valley, part of the Guadalquivir and the northern zone of the province of Alicante. It is characterized by more extreme temperatures, between 25 °C and -13 °C. The winters are long and cold, and the summers very hot, regularly exceeding 35 °C, and even 40 °C sometimes. In addition, rainfall is scarce, and appear as storm in the months of July and August.

It is predominant in south-eastern Spain (covering most of Alicante, Murcia and Almería provinces). It is very hot during the summer and the drought usually extends into the autumn.

It only appears in the Canarian archipelago because of its proximity to the Tropic of Cancer and the arid coast of Africa. It is characterized by the presence of trade winds and currents of cold water. Temperatures are mild and stable throughout the year, between 22 °C and 28 °C . Rainfall can be abundant or scarce, depending on the area, and are concentrated in winter.

The mountainous climate is present in the Picos de Europa, Sistema Central, Sistema Ibérico, Pyrenees and Sierra Nevada. Winters are very cold, and summers are cool. Rainfall is abundant as altitude increases, and in general, in the form of snow. The slopes of the mountains facing north are colder.

You can consult the weather through the State Meteorological Agency (AEMET).

Back to Login
Return to Login
We use cookies to ensure that we give you the best experience on our website. If you continue to use this site we will assume that you agree to.OkLearn more